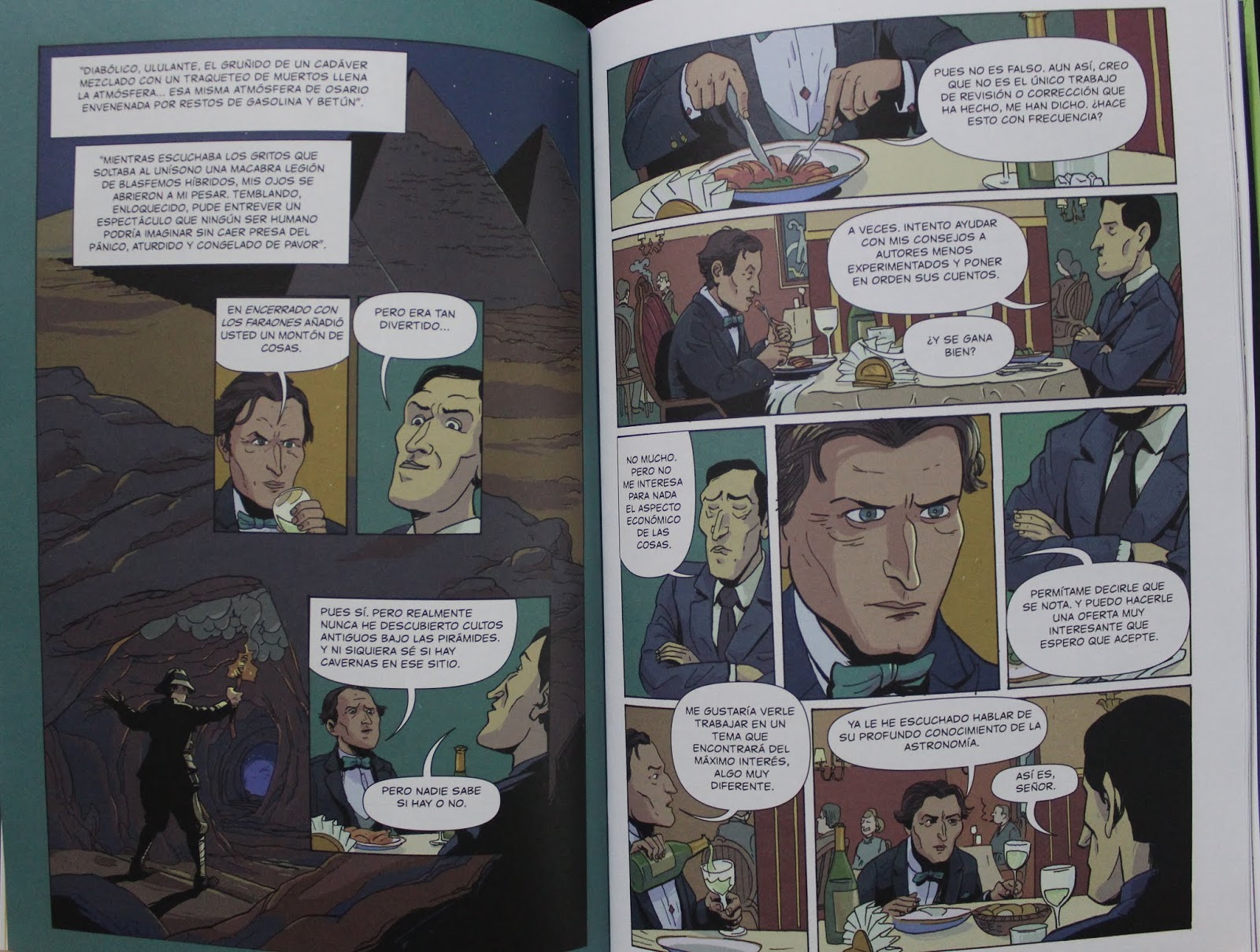 The escape artist Harry Houdini narrates in the first person an account of a peculiar adventure he experienced in Egypt. Some Arabsled by a man who uses the name Abdul Reis el DrogmanbringHoudini to witness a boxing match on the top of the Great Pyramid; but after the fight is over theArabs seize him and cast him, bound tightly by rope, down a spectacularly deep chasm in the Temple of the Sphinx. After awaking, he struggles not merely to escape from the temple but to answer an idle question that had haunted him throughout his stay in Egypt: what huge and loathsome abnormality was the Sphinx originally carven to represent? As he seeks an exit, Houdini encounters an immense underground cavernBases of columns whose middles were higher than human sightmere bases of things that must each dwarf the Eiffel Tower to insignificancepeopled with hideous hybrid entities. Houdini ponders the curiously morbid temperament of the ancient Egyptians, in particular their notions of the spirit or ka, which can return to its body or other bodies after it had wandered about the upper and lower worlds in a horrible way. There are blood-congealing legends of what decadent priestcraft fashioned on occasioncomposite mummies made by the artificial union of human trunks and limbs with the heads of animals in imitation of the elder gods. Considering all this, Houdini is dumbfounded to come upon living embodiments of such entities: their crazy torches began to cast shadows on the surface of those stupendous columns. Hippopotami should not have human hands and carry torches men should not have the heads of crocodiles. But an even greater horror is revealed by Houdinis discovery of the answer to that idle question he had asked himself earlier. The composite creatures appear to be laying down huge amounts of food as offerings to some strange entity that appears fleetingly out of an aperture in the underground cavern: It was as large, perhaps, as a good-sized hippopotamus, but very curiously shaped. It seemed to have no neck, but five separate shaggy heads springing in a row from a roughly cylindrical trunk Out of these heads darted curious rigid tentacles which seized ravenously on the excessively great quantities of unmentionable food placed before the aperture. What could it possibly be? The five-headed monster that emergedthat five-headed monster as large as a hippopotamusthe five-headed monsterand that of which it is the merest fore paw.

HPL recounts at length in letters how he came to write the tale. WT was struggling financially, and the owner, J.C.Henneberger, felt that Houdinis affiliation with the magazine might attract readers.Houdini was the reputed author of a column (Ask Houdini) that ran in a few issues, as well as of two short stories probably ghostwritten by others. In mid-February Henneberger commissioned HPL to write Under the Pyramids. Houdini was claiming that he had actually been bound and gagged by Arabs and dropped down a shaft in the pyramid called Campbells Tomb; but as HPL began exploring the historical and geographical background of the account, he came to the conclusion that it was complete fiction, and so he received permission from Henneberger to elaborate the account with his own imaginative additions. Henneberger had planned to publish the story as by Houdini and H.P. Lovecraft, but was disconcerted that HPL had written the account in the first person; he thought readers would be confused by a first-person story with a joint byline, so HPLs name was omitted. (His role in the story was acknowledged in an editors note accompanying the 1939 reprint of the story.) HPL received $100 for the tale, paid in advance. He wrote the tale hastily in the last week of February, but then left the typescript in the train station in Providence while leaving to go to NewYork to marry Sonia H.Greene. (The ad HPL placed in the lost-and-found section of the Providence Journal supplies his original title to the story.) Accordingly, he and Sonia spent much of their honeymoon preparing a new typescript of the story from HPLs autograph manuscript, which fortunately he had brought with him.

The tale is surprisingly effective and suspenseful, with a genuinely surprising ending for those reading it for the first time. HPLs Egyptian research was probably derived from several volumes in his library,notably The Tomb of Perneb (1916), a volume issued by the Metropolitan Museum of Art. He had seen many Egyptian antiquities firsthand at the museum in 1922. Some of the imagery of the story probably also derives from Théophile Gautiers non supernatural tale of Egyptian horror, One of Cleopatras Nights; HPL owned Lafcadio Hearns translation of One of Cleopatras Nights and Other Fantastic Romances (1882). The writing is somewhat florid, but deliberately so; and there must be a certain tart satire in the fact that Houdinione of the strongest men of his dayfaints three times in the course of his adventure. 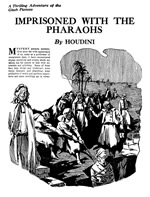