Unveiling the Mythos in Weimar Germany

In the aftermath of the Great War, Berlin has a reputation for licentiousness. A place where anything may be had for the right price. It is both a city of hedonism and a city of business; its streets overflow with disabled veterans, prostitutes, destitute immigrants, and political agitatorsall rubbing shoulders with buttoned-down businessmen, scholars, and artists. The gutters run with the blood of political assassinations, where Communists and völkisch Nationalists clash with each other, as well as with the police. Long into the evenings, Berlins world-famous cabarets offer music, dance, and titillating entertainment in stark contrast to the gray buildings that run on for endless miles along the sprawling citys byways.

Into this bubbling stew, Secrets of Berlin introduces the weird elements of the Cthulhu Mythos. A hotbed of occult organizations, strange cults, and half-whispered lore. Amid the wicked air of the worlds capital of sin, the very nature of what it means to be human is questioned. And, as the city hurtles toward its inevitable dark destiny, the oppressive atmosphere pushes the sanity of investigators to its breaking point.

This book presents an overview of 1920s Berlin as it would be experienced by visitors and residents of the time. Guidelines are presented for creating investigators for a Berlin-centric campaign, as well as investigator organizations to help bind groups together. Notable personalities, key locations, and a system for generating details of the urban landscape on the fly are provided. With crime and punishment, the citys underworld, and also its high culture detailed, the tools provided help the Keeper gain an understanding of what makes Berlin unique.

Three scenarios, spanning the history of Berlin between the end of the Great War and the rise of Adolf Hitler and the Nazi Party, contain colorful details of Berlin and its inhabitants and may be run as stand-alone adventures or linked together to form a mini-campaign. 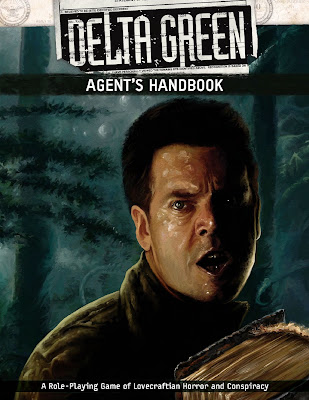 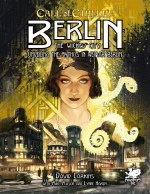