Where do you think Lovecraft places in literary history?

Ian: I think in the broadest sense of literature hes not as recognised as, say, Poe, but within the genre of Horror and Science Fiction hes inescapable. I think that by demythologising his work as he did with stories like Dreams in the Witch House and At the Mountains of Madness, Lovecraft placed himself firmly at the crossroads of science fiction and horror so that all points would lead to him long after his passing. Lovecraft: Four Classic Horror Stories : The Dream-Quest of Unknown Kadath; The Case of Charles Dexter Ward; At The Mountains of Madness; The Shadow Out of Time 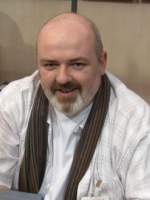