I first began to write to Bloch in 1969, when I asked him to write a wee tribute to Forry Ackerman for my horror film fanzine, Fantasia. I was deeply into horror films at the time and had little interest in reading fiction. When, in 1971, I was stationed in Northern Ireland as a Mormon missionary, I wasn't allowed to attend horror films (they were deemed a bad influence); and so, because I was pen pals with Bob, I began to go to wee used book shops and find anthologies wherein Bloch was one of many writers. That's how I got hooked on reading horror fiction, which became my main addiction over the new few years. I was stationed in Omagh, County Tyrone, when I found a used copy of a book that had but recently been republished in paperback: THE HAUNTER OF THE DARK AND OTHER by H. P. Lovecraft ( Panther Horror, 1970). I knew of Lovecraft because of some films that had been made based on his stories, and because one entire issue of an old film fanzine, Gore Creatures, had been dedicated to HPL. Imagine my surprise when, turning to the book's title story, I saw that Lovecraft had dedicated "The Haunter of the Dark" to my pen-pal, Robert Bloch! Corresponding with Bob led to my thinking I too wanted to be a horror writer, and I wrote and sold my first story while still a missionary in Omagh. And it was because of my friendship with Bob that I became interested in H. P. Lovecraft, and interest that blossomed into an obsession once I returned to ye States. 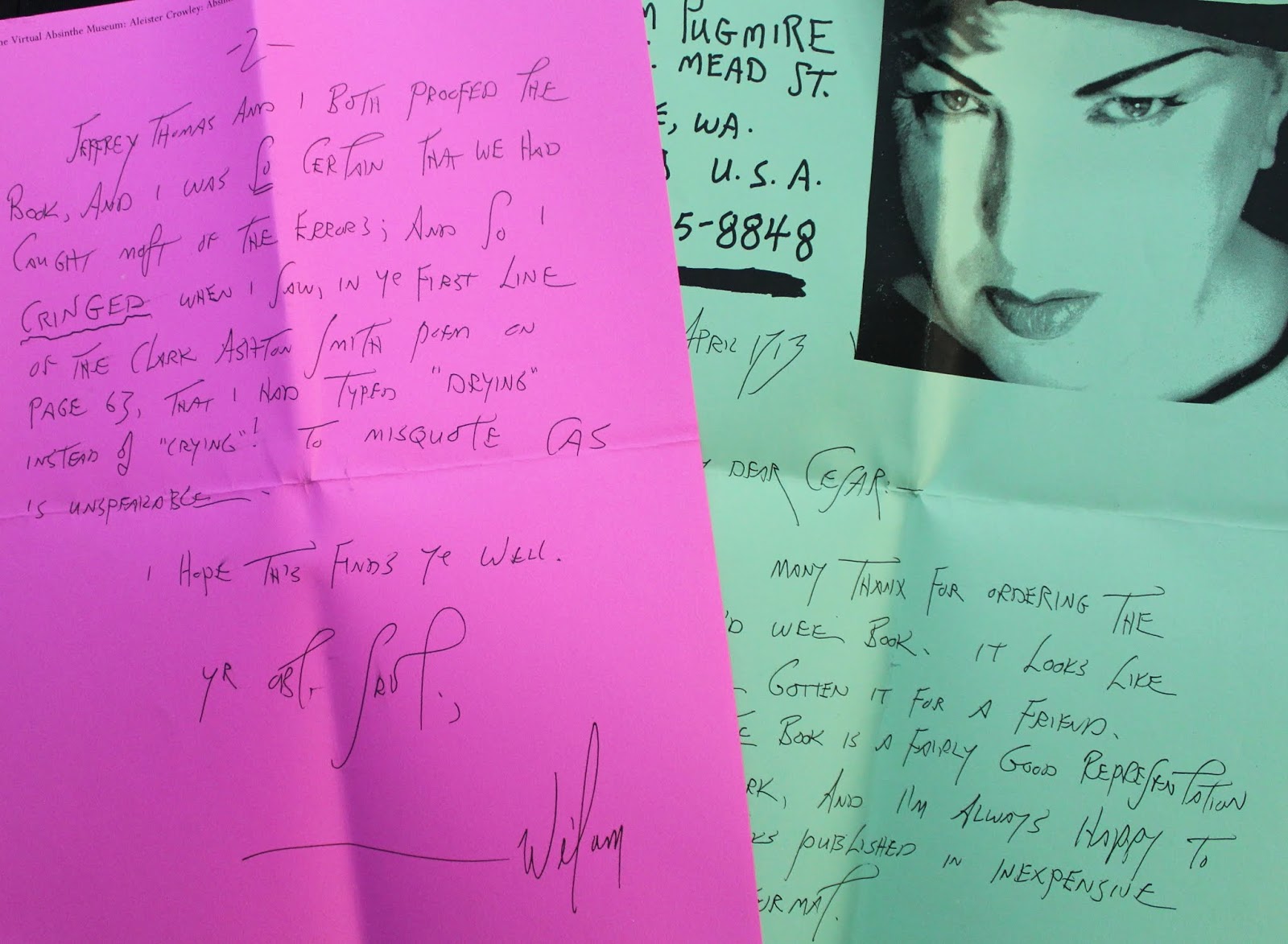