The Keeper Screen itself is mounted on thick hardcover stock, folding out to 34 inches wide. Evocative artwork faces the players, while the rear of the screen summarizes important mechanics, statistics and charts, and allows every Keeper to stay on top of the most common rules in the game. A separate booklet of the most commonly-referenced rules in the game allow for players and keepers alike to spend less time flipping through rulebooks, and more time saving the world. 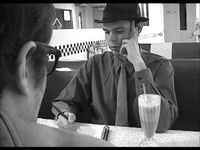 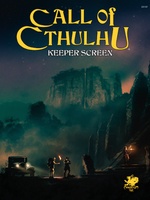