Aaron is a full-time artist, art director, and game designer. He is most widely known for his work in the tabletop games industry. Hes currently art director for Pinnacle Entertainment Group, an illustrator for Savage Mojo, and he owns and operates this production studio, Sigil Entertainment Group. Among his many credits are: 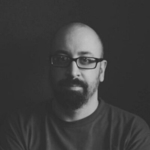