PS Publishing will soon release the first three volumes of their Lovecraft Library, which is the brainchild of celebrated artist, Pete Von Sholly. H. P. Lovecraft has been a favorite author of his for many years and Pete has long wished to visualize HPL's fabulous imagery in book form. There will initially be nine volumes in the series, one volume for each story. The first three volumes will be THE DREAM-QUEST OF UNKNOWN KADATH, THE DREAMS IN THE WITCH HOUSE, and THE DUNWICH HORROR. Each volume will have a new Introduction by S. T. Joshi and will use his authoritative Corrected Text. For those volumes in which the story is too wee to take up an entire volume, essays will be included. THE DREAMS IN THE WITCH HOUSE will include a foreword by Stuart Gordon (who filmed the story for television) and the essay "Through Hyperspace with Brown Jenkin" by Fritz Leiber. THE DUNWICH HORROR will feature a foreword by Pete Von Sholly, "The Mythic Hero Archetype in 'The Dunwich Horror'" by Donald R. Burleson, "Call Me Wizard Whateley: Echoes of Moby-Dick in 'The Dunwich Horror'" by Peter Cannon, and "Dunwich as Beautiful Nightmare," a new essay that I have written especially for this volume. All books will be jacketed hardcovers with interior illustrations in color. I am thrilled to be a part of this fun series, and I have written new original essays for the volumes THE COLOUR OUT OF SPACE, THE CALL OF CTHULHU, and THE SHADOW OUT OF TIME. I love to look at illustrations of Lovecraft's fiction, and sometimes artists can see aspects or details that I, no matter how often I read these stories, never notice. 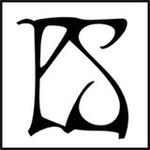